A downloadable ScrapWars for Windows, macOS, and Linux

Oh you're still there after that long game description, GREAT! It means we got your interest and that makes us best friends!

So what exactly is Scrapwars?

Scrapwars is a turn-based tactical inspired by Advance wars but with some major differences.

First it gets an hexagonal grid inspired by some board games' gameplay mechanics. That allows more options in movements and tactics as a unit can be surrounded by 6 other units.

Then players do not play alternatively but simultaneously, that means they make choices at the same time and only when they have both finished to give directives to all their units, those units start to move. It means you need to carefully anticipate your opponents moves.

And, last but not least, there will be a two-layer fog of war. The first-one hides the battlefield until your units have explored it while the second-one makes the adverse units invisible until they are close enough from yours.

Waw that makes a lot of things, right?

Well, yes, it's a pretty big scope, but it's not our first game and we are pretty confident in our skills.

We also make this game to challenge ourselves, learn new things and develop tools that will increase our productivity in the future.

We will try our best to make the game playable (local multiplayer) and balanced for April 2018 in alpha state and then improve it with new units, AI and online multiplayer to release the game by the end of 2018.

How do I play?

Controls are gamepad only at the moments. Keyboard and Mouse support will come in near future.
It should normally work with almost every gamepad but I only tested with Xbox360 Controllers and XboxOne Controllers so far.

In Scrapwars, your objectives are to produce units, defeat your opponents' armies and capture your enemies' HQ.

Each turn is divided into 3 phases.

There are 3 different buildings:

All of them repair units that are in their tile at the end of the turn.
They also produce 500 Gold each turn.
Their color tells which player possesses them.
It takes 2 turns to capture a building

During your command phase, you can select your units and order them to move. They will only follow your commands at the resolution phase. At the end of their movement, they will attack all enemy units at range. The more units they attack the less damage they will deal, so beware not to be surrounded.

You can create, load and save maps with our custom map editor.
The editor is currently in alpha state and will evolve at the same time the game does. 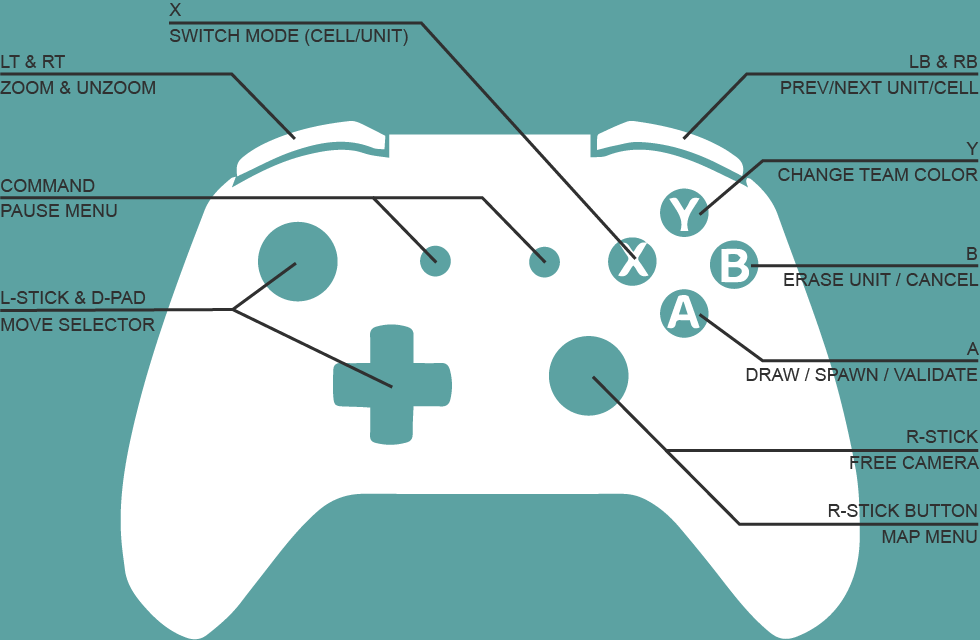 We plan to launch ScrapWars in alpha state around April 14, and then update it regularly until it reaches its release state.

The alpha will be completely free and publicly available on its stable updates. The last update will be available here on itch.

We plan to release the game on itch and Steam at the end of 2018 and on Switch later.

We, at Onanagro Studio, are pineapples that love to create games for the players to
truly enjoy. 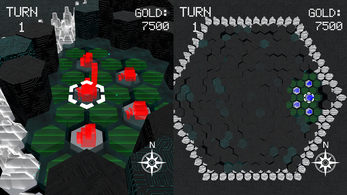 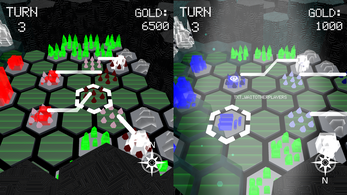 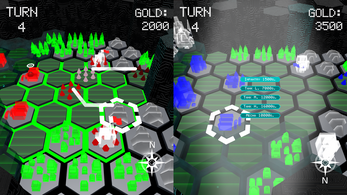 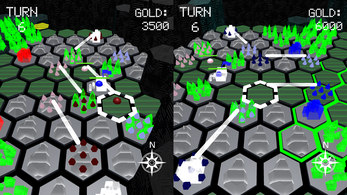